Jeg synes en ting med denne talen er litt morsomt at ca 2:25 inne i talen så sier han «I wish I could describe Him to you.»

I wonder, do you know Him?

Do you know Him?

He’s the greatest phenomenon that has ever crossed the horizon of this world. He’s God’s Son. He’s the sinner’s Saviour. He’s the centrepiece of civilization. He’s unparalleled. He’s unprecedented. He is the loftiest idea in literature. He’s the highest personality in philosophy. He’s the fundamental doctrine of true theology. He’s the only one qualified to be an all sufficient Saviour.

I wonder if you know Him today?

He supplies strength for the weak. He’s available for the tempted and the tried. He sympathizes and He saves. He strengthens and sustains. He guards and He guides. He heals the sick. He cleansed the lepers. He forgives sinners. He discharges debtors. He delivers the captive. He defends the feeble. He blesses the young. He serves the unfortunate. He regards the aged. He rewards the diligent. And He beautifies the meek.

I wonder if you know Him?

Do you know Him? Well…

His life is matchless. His goodness is limitless. His mercy is everlasting. His love never changes. His Word is enough. His grace is sufficient. His reign is righteous. And His yoke is easy. And His burden is light.

I wish I could describe Him to you. Yes… 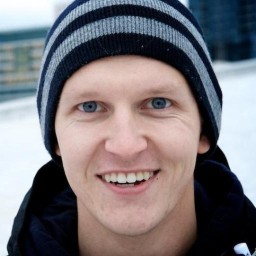